This site has limited support for your browser. We recommend switching to Edge, Chrome, Safari, or Firefox.

On a recent foggy morning, something was up at the Saturday farmers’ market. Shoppers were preoccupied and looked like they were on a mission. A little ways from my stand, I saw a farmer struggled to put up his sign, then give up and toss it into his pickup. A crowd had already surrounded his stand. I got closer to investigate and then saw them: beautiful baskets filled with deep red cherries.  “I’ll take four baskets,” a customer said urgently, as if they were the last baskets of fruit on earth. I got in line behind them.

Cherry season, which runs from May to July, heralds the start of summer. As soon as I see the first cherries, I know that the school year is about to end. When I can, I grab baskets of the sweet, jewel-like fruits. I usually start by just putting a big bowl for them in my kitchen for everyone to snack on, but I also love to bake and cook with them. 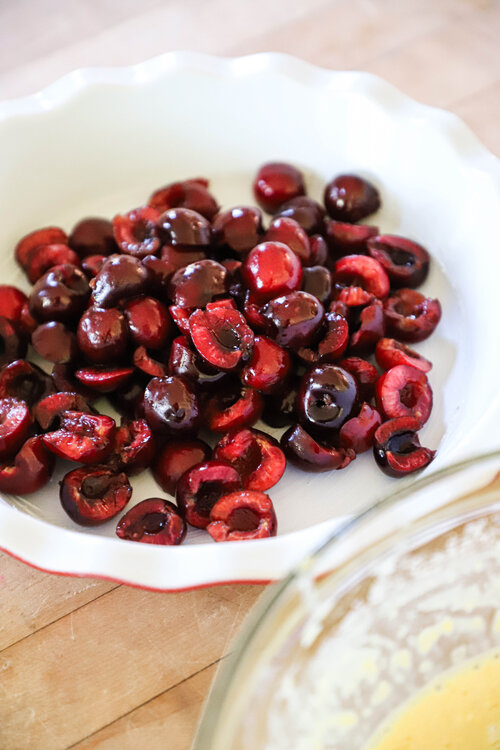 One of my favorite recipes is cherry clafoutis. Don’t be put off by the fancy French name — this dessert is one of the simplest things you can do with fruit. The batter is so easy, in fact, that it’s basically a big eggy pancake masquerading as a dessert. But filled with deep red fruit, it’s pretty enough (and tasty enough!) to wow guests. 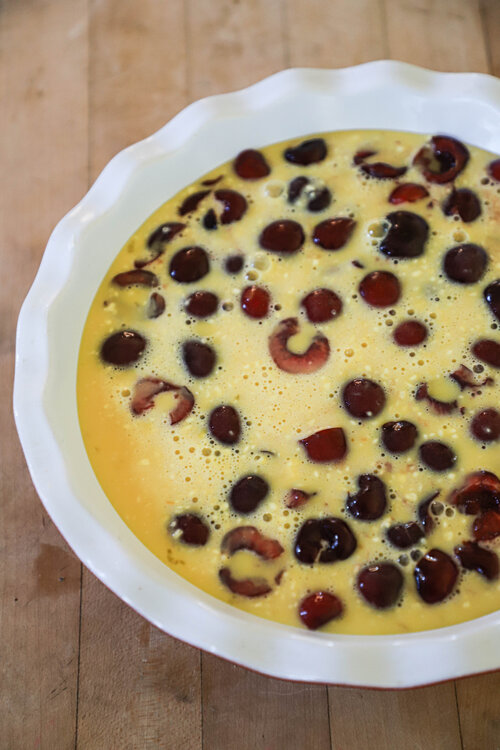 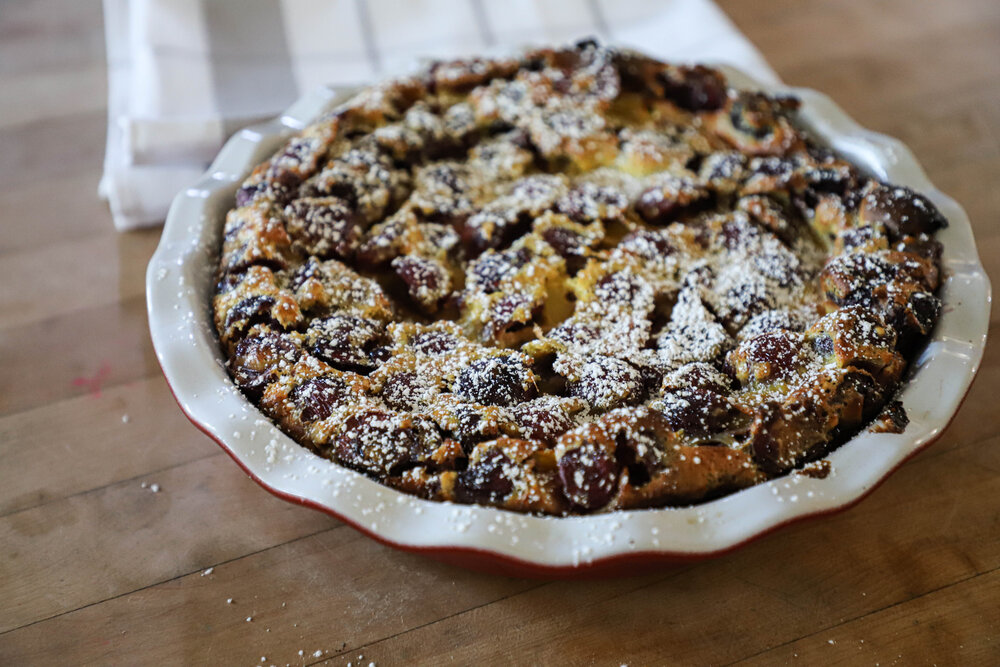